Departure Points: Essays from Youth on Oxford, Stock Cars and Other Mysteries 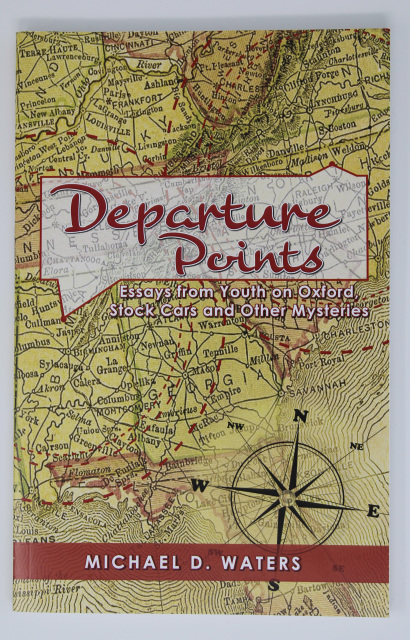 Departure Points: Essays from Youth on Oxford, Stock Cars and Other Mysteries

This is a collection of Michael's remembrances. The title of the principal Oxford story, “You Won’t Learn Nothing Over There,” is a quote from former Alabama Governor (1947-51, 1955-59) James “Big Jim” Folsom on learning that Mike had been selected as a Rhodes Scholar. Mike was childhood friends with Big Jim’s son and namesake (also subsequently a Governor of Alabama, with whom Mike played in a Rock & Roll band in High School.)In addition to being an accomplished corporate securities lawyer, guitarist, pilot, and race car driver, Mike served for many years as Secretary of the Alabama Rhodes Scholarship Selection Committee and currently as one of the Leaders of the Class of 1973 Annual Fund Committee. Mike grew up in Cullman, Alabama (with the Folsom’s) and the collection begins with a remembrance of his father, who was paralyzed while traveling on military service in 1951, and includes another story describing an encounter with President Lyndon Johnson that provides another memorable story title. Alabama Senator John Sparkman introduced the rising young high school star (President of Key Club International) to LBJ, who gave Mike a pocket knife, telling him “Don’t Leave it at Your Girlfriend’s House”, ‘cause it’s got my name printed on it and I might get in trouble.