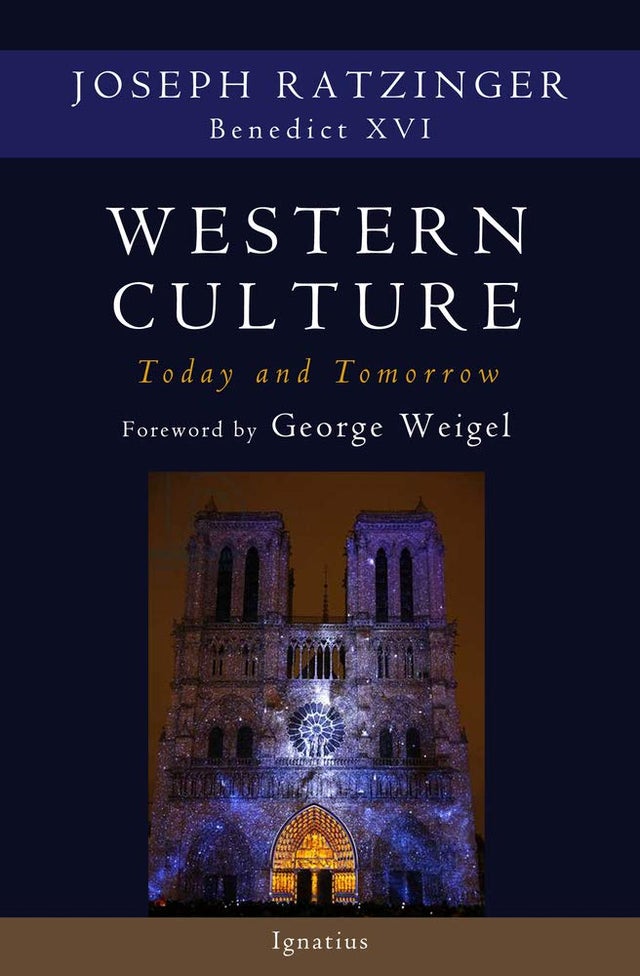 Well known for his important scholarly contributions to dogmatic theology and biblical commentary, Joseph Ratzinger has also been an insightful, shrewd analyst of political modernity and its discontents. This work reveals Ratzinger's keen insight into the fundamental challenges confronting the twenty-first-century West.

The civilizational project we call "the West" was a cultural achievement with a history. Ratzinger understands that Jerusalem, Athens, and Rome were the three legs of the cultural stool on which "the West" rests. From that under- standing, Ratzinger draws his analysis of the West's post- modern crisis. Nineteenth-century Western culture kicked the Jerusalem leg out from under the stool when its "atheist humanists" declared the God of the Bible the enemy of human maturation and liberation.

When we lose the Jerusalem leg of the West's cultural support system, the Athenian leg gets wobbly. For absent the conviction that the God of the Bible imprinted something of his own "rationality" into a world created by the Logos (the Word or "reason" of God), reason begins to doubt its own ability to get at the truth of anything.

This assault on the capacity of reason to discern truth with certainty connects directly with what Ratzinger famously called the "dictatorship of relativism", the use of coercive state power to impose a relativistic moral order on all of society.

In response to this grave crisis today, Ratzinger says we need to focus on answering such fundamental questions as: How did western culture originate and what are its boundaries? What about the spiritual roots of western culture and the moral foundation she is founded on?

"The witness of Christian lives nobly lived is the beginning of reconversion of the West―and that return to the truths taught by the God of the Bible is essential if the great Western civilizational project is not to crumble. Joseph Ratzinger understood that danger long before many others. It would be well to attend to his prescription."

― George Weigel, From the Foreword