Finding Vigano: The Man Behind the Testimony that Shook the Church and the World 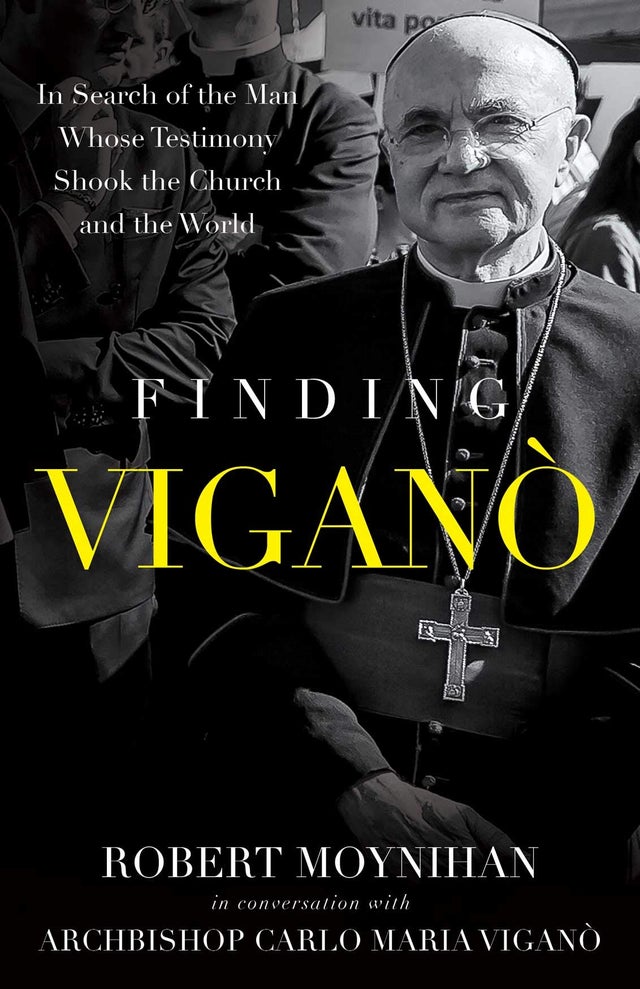 In 2018, Archbishop Carlo Maria Viganò released an 11-page testimony that rocked the world. In it, he called out the corruption of the Church, especially with regards to its handling of the sexual abuse crisis—addressing most specifically the case of disgraced Cardinal Theodore McCarrick—and stunningly called for the resignation of Pope Francis. And then he was gone . . . at least physically. In these pages, longtime Vatican journalist Robert Moynihan, publisher of Inside the Vatican magazine, brings to bear his vast experience in the corridors of power in Rome as well as his longstanding friendship with Viganò to produce a book that both provides an incisive look at the content of the Testimony itself, but also, through interviews conducted in-person with the archbishop at undisclosed locations, a personal look at the man whose conscience compelled him to speak out about the corruption in which the Church he loves and to which he has given his life, has been mired for years.

Part thriller, as when Moynihan details his efforts to reach Viganò and makes his way to their meeting, and part personal memoir as both men reflect on their lives, families, and the state of the Church in the world, Finding Vigano has something for everyone. Readers familiar with the ongoing drama surrounding the archbishop will appreciate the insights into the man provided through the interviews, while those unfamiliar with the drama of the Testimony and all that has transpired since will, after reading, have a better understanding of the key issues and players involved.